A near collision sidetracks two lives. 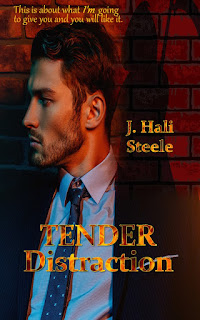 Cristophe Kingston hasn't dated since... Okay, it's been months. Hands in his pockets, he watches an endless line of revelers enter a club he frequents. Something, an odd chill, forces Crist to hurry away and he carelessly lurches into traffic.

Already late for a deadly assignation, Lex Torcher figures what the hell--a perfect diversion. Too many years on earth has Torch craving human touch. The stranger who steps in front of his bike will surely have gentle, soft hands, hands capable of performing what others never do.

Torch's momentary distraction, his brief interlude, pits him against his boss culminating in an all-out battle for Crist as Torch's employer is none other than the Grim Reaper, an unpredictable and greedy monster!


He’d only been given two assignments all week and as the best in Reaper’s stables, it meant someone else got the call. Fuck him. Saturday evening rolled around again and Torch returned to Swanks. Unreasonable desire remained for the human but should he scent him, he vowed not to make himself known. Right!
After securing a beer from a bartender who wouldn’t remember seeing Torch since he touched his hand and gained brief control of the man’s mind, he grabbed a seat in a corner and remained hidden in dark shadows. He gave a cursory glance to three men taking seats two tables away before training his eyes on the door. Torch overheard one newcomer rib another about not being able to hang on to his lover.
A very controlled response followed. “I could have if I wanted. A month of dating then four of jerking off and finger fucking with Cristophe was quite enough. He’d never be what I require for happiness.”
The name got his attention. Showing himself, Torch snatched a chair out from their table and sat down. “Fellas mind company.” Cristophe was an odd name and curiosity got the better of him. Times like this, he wished he had Reaper’s ability to delve into human minds without physical contact. “Can I buy the next round?”
“Of course.” A guy with brown hair who could have played linebacker for any pro team grinned. “How’d you get past the bouncers in that outfit.”
He wasn’t the owner of the voice Torch sought to know better. “Name’s Lex Torcher.” Should have paid more attention to his surroundings instead of watching the front entrance. Reaching to give a quick handshake, he sorted out all he needed to know. Nothing complicated or important in his mind so Torch sifted quickly through useless garbage. Narrow minded, full of discrimination. Robert flashed into Torch’s mind. Yeah, he looked like a Bob. How the hell could a gay man be rife with prejudices.
Giving this bias jackass his last kiss ever would be a pleasure but taking someone out whose number wasn’t called happened to be the biggest no-no in his line of work. Death would be welcomed compared to what would befall Torch should he instigate a step like that without Reaper’s blessing. Eyeing the man, Torch replied, “Money boasts a big voice.”
Slight, young man with close cropped blond hair joined the conversation. “Can you afford it? I mean…” Not the voice. But the type he’d have gone for any other night had he presented strength. A flunky of the others, he didn’t even rate a handshake as his words were quickly cut off.
“Really?”
There he is. Torch twisted in his seat to scrutinize the only man left. “Call me Torch.” Hands touched for seconds. A much more complicated mind. Cold, hard, and nasty fucker with dark, almost black, professionally styled hair and icy blue eyes. Buried deep in the stranger’s mind Torch filtered out an encounter showing him naked beneath his large friend. Interesting because he wasn’t the type to bottom. Damn. He let go too soon to catch a fleeting vision of Crist and something involving the two older men.
“Tad Whitman.” Disdain twisted his face as eyes raked Torch’s body. “We’re supposed to believe you have it like that?”
Brief contact showed both older men were sons of bitches who would eventually chew the smaller, younger guy up and spit him out without another thought. Tad and Bob wore designer suits. Old money. Not theirs. What had Crist seen in Tad? “What do you all do for a living? Wait, let me guess.” He perused the linebacker. “Bob’s legal counsel for daddy’s law firm.”
“Wait, I never told you… It’s Robert.”
Ignoring the piece of shit, Torch switched attention to the insignificant blond and grinned. “You work for Bob, or rather, his father.” Returning to observing the one who garnered interest, he remarked with nonchalance, “Your father’s north Jersey dealership sold me my car.”
“Impossible. Whitman’s NJ only sells European luxury and sports cars.”
Before Torch countered, the fragrance assaulted him. Cristophe.
Bob, in shallow glory, forgot Torch didn’t call him Robert. He chuckled and said, “Ex heading your way.”
“Hmm, my night might get better.”
They all watched as the gorgeous man sashayed across the room.
Fuck’s sake, the way Crist’s hips swayed, the grace with which he took each step. It pulled Torch further into his web.
“Bullshit if you think you can still pull him.” Bob’s laughter grated on Torch’s nerves and he noted jealousy laced the big man’s voice. “I do get it though. He is one pretty fucker.”
“I can have him.” Tad twisted and flashed a fake smile in Crist’s direction.
Torch, after a quick glance at Crist, thought of knocking Tad, an entitled piece of shit, from his seat. He made a quick decision. “You mean Crist? He’s joining me.”
“I don’t believe you.”
Seeing the look of surprise on Tad’s face made Torch’s year.


What the fuck am I doing?

Grow and roar-it's okay to let the beast out. - J. Hali Steele
Posted by J Hali Steele at 8:34 PM