HAPPY HALLOWEEN
You should have reached me from CJ Black's blog. If you missed something - don't worry! You can find your way back at: http://booknibbles.com/bloghop/
This is a fun time of year...we get to play dress-up and pretend to be somebody else for a little while. Wonder who these guys would choose to be? ENJOY!!!
Hello cowboy! 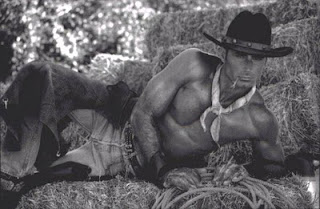 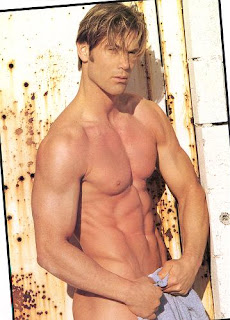 I'm working on hemming these pants... 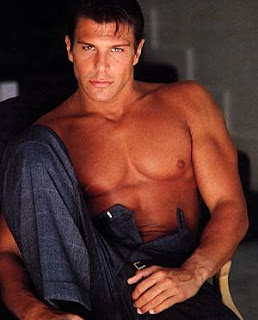 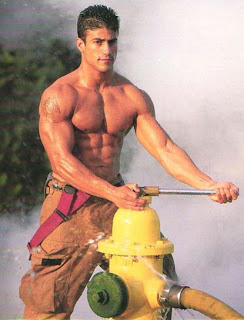 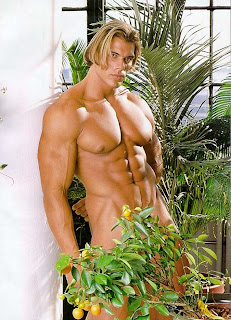 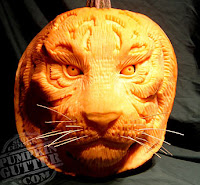 In fact, today!
I'm at Lena Austin's blog, Depraved Duchess, talking about pets and treats they shouldn't eat during this, and any, holiday season.
I'm giving away goodies. Yes, you have to do a "teensy tiny" bit of work, BUT...the reward will be worth it!
Stop over at: http://depravedduchess.blogspot.com/ to see what I'm up to, and get your name in the random drawing.
You have until the witching hour of midnight to comment!!!

Growl and roar-it's okay to let the beast out.-© J. Hali Steele
Posted by J Hali Steele at 8:13 AM 5 comments:

Hope everyone had a great weekend. Ready for the HALLOWEEN festivities happening this month? BOO!!...claim some wonderful stories and goodies!
Upcoming CONTEST INFO:
1) I'm blogging at http://depravedduchess.blogspot.com/ as guest author on October 25th and giving a PDF copy of book 1 in the Shepherd's Watch series-SERVICED. Stop in for fun. It's going on all month with various authors. 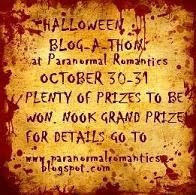 2) Paranormal Romantics, the blog I do with 6 other authors at http://www.paranormalromantics.blogspot.com/ is having a Halloween Blog-A-Thon on the 30th and 31st. There will be a different author each hour with awesome giveaways. A NOOK is being given as a grand prize at the end of the festivities. Drop by for a chance to win a PDF copy of SERVICED.

3) A group of authors are participating in Halloween Blog at http://booknibbles.com/bloghop/ starting October 29th at 7am going until October 31st 7pm. There will be lots of goodies and prizes there too! It still has the Labor Day blog hop info right now, but stay tuned for the upcoming Halloween festivities announcement!! 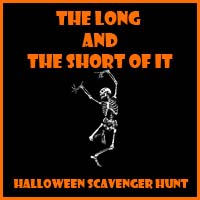 4) LASR (Long and Short Reviews/Whipped Cream) is hosting a Scavenger Hunt this month from October 30th through October 31st at http://www.longandshortreviews.com/promo.htm - join in the fun for lots of free goodies and the chance to win a PDF of HARD CASE before QUENCH releases!!
If you know of any **SCARY** happenings, feel free to share them in the comments!!
Joann
Growl and roar-it's okay to let the beast out.-© J. Hali Steele
Posted by J Hali Steele at 10:42 AM No comments:

I do NOT take pictures, but you can't miss all those RomantiCon photos appearing on FB and other places around the internet--what an awesome event! The photos following are thanks to the most wonderful, truly magnetic, Cris Anson. You can see more if you visit her FB page at http://www.facebook.com/profile.php?id=1106215816&v=photos#!/profile.php?id=1106215816. The lady is fabulous, and one hell of a picture taker!! Damn good author too--pick up a copy of any of her EC books here:  http://www.jasminejade.com/m-14-cris-anson.aspx 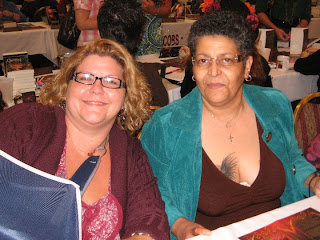 Allie Standifer and me at book signing 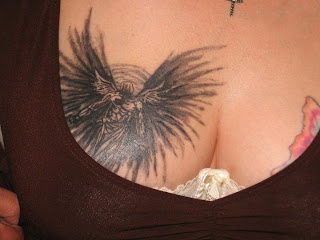 
One stroke of his tongue and you're his forever.
Experience the true meaning of doggy-style.
Blurb:
Wade Alsatian is stuck guarding the owner of the escort service he frequents. He doesn't count on the sexy as hell woman tying him in knots and driving him insane with her mouth and body
Jetta Volker still carries scars from a dog attack. Now she's left in the care of a huge shepherd, and afraid to move in her own home. But it's for other reasons she waits for her guard to return. His scent triggers a need she has ignored far too long. Jetta gave up on men -- but she wants this one.

Breaking through barriers and accepting the scars from their past may tear them apart. 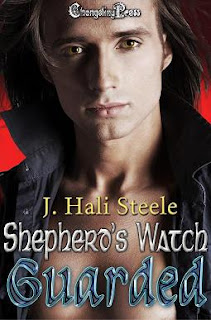 EXCERPT:
A scuffling sound at the opposite end of the alleyway caught his attention. He spun on his heels just in time to see a man carrying someone. The growls alerted him -- the dogs were back -- and instantly, they attacked the stranger. He dropped the body against the dumpster when the animals pounced on him. Bloodcurdling screams echoed through the quiet night. Victoria was beside him in a flash, and with her fingers in her mouth, she sounded a sharp whistle.

The dogs released their catch and swung in their direction, growling. Baring their canines, a course of howls followed before they retreated back into the street. The man scrambled to his feet and limped off behind them.

Wade broke into a run, pursuing the injured stranger. He passed the body sprawled in the filth. A woman.

"Oh, my God! Jetta. Damn it, I told you this was going to happen." Stopping at the mouth of the alley, he glanced back and watched Victoria flop down beside the unconscious body. "Let him go, Wade, help me."

He was unable to change into his shepherd in front of Victoria, and it was unlikely at this hour in the morning that anyone else would stop the felon. He wouldn't forget the man's odor.

Wade's attention became riveted to the body slumped against the wall. His nostrils flared at the familiar scent dancing around his head but he couldn't place it.

Victoria ripped a piece of the lady's shirt and attempted to clean her face. His nostrils flared wider when the smell wafted up his nose. Elegant Escorts.

This woman was the proprietor of the business he used to procure the women who met his needs. Wade had never seen the owner, but her scent surrounded her office and it had always enticed him. What was she doing beat-up in an alley, and how the hell did Victoria Germaine know her? Shit, this could turn out to be a real mess. "I got her." Wade bent down and lifted her gingerly. "Lead the way to your place."

Partway down the alley, she winced and her body bowed out of his arms. Her shirt was now torn, but there wasn't much blood and there were no visible injuries. Her fists, balled in tight knots, pressed against her stomach. Trying hard not to jostle her, he lengthened his steps, hoping they didn't have far to go.

Her hair was dark and hung past her shoulders. Pale skin revealed she didn't spend much time in the sun. Her nose turned up at the tip, giving her a young, soft look. Tears stained her rounded cheeks, and he noticed a slight swelling on the left side of her jaw.

Wade couldn't help staring at her breasts since they were only partially covered by the ripped shirt. Where was the blood coming from?

The hiss of air drew his attention. Her eyes were open. Hazel green flecked with gold. Beautiful. They stretched wide with fear. A scream full of terror barreled past her lips and into the night air. He cringed at the high pitch, his gut tightening at the sound.

"You're safe." He tilted her so she could see Victoria. The scream withered away but she struggled in his arms. Wade was at a loss on how to deal with her.

"Hurry," Victoria yelled back as she rounded the corner a few feet in front of him.

Slowing his step, he whispered in the woman's ear, "Shh, no one will ever hurt you again." He stroked his tongue over her brow and down her cheek. He swept it over her lips, and his heart bumped against his rib cage. That was his shepherd. Dogs enjoyed tasting and lapping their bodies, and anyone else's.

God only knows why, but it quieted Jetta. Dark eyelashes fluttered to her cheeks and her breathing slowed. She'd passed out again.

"I'll find that bastard and tear his hands off for daring to touch you." Energy zinged through his limbs, making him move faster. Wade didn't understand what was happening, but he knew one thing. He meant every word.

Growl and roar-it's okay to let the beast out.-© J. Hali Steele
Posted by J Hali Steele at 7:21 PM No comments: