What fear lives in you?


What fear lives in you? 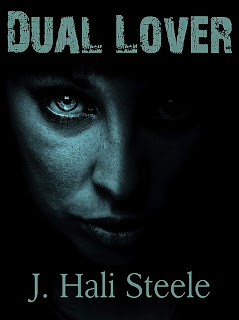 Chances of living normally seemed to elude Magnum Garrison until now. Embracing his uncommon desires, Mag grasps a new beginning, one filled with delicious torment. Still, a shadow lingers over him. Conspiring to untangle from what holds him captive means hazarding a fate far worse—exposing himself to the world.

Ladron Burnett can’t help thinking Magnum is a little bit crazy. Yet, something enticingly draws Lad to Mag’s untamed carnal needs—and his bed. In one sex-filled night, he discovers a truth about Mag, one that should make him step back. Yet Lad recognizes a connection so entwined with his own longing he can’t let go.

A voyeuristic journey down a path to love…

Magnum observed quite a few empty tables in the tiny space which helped settle his nerves. West Chester was not only a university town, it was a fair distance from where he lived and large enough to provide anonymity. Hell, he hadn’t resided anywhere near here for ten years making it highly unlikely he’d be recognized. Didn’t really matter at this point because he needed to get out of the house.
He yearned…
Noticing two men scrutinize him, Magnum boldly watched them. Thin blond who, from four tables away, gave the impression of being early twenties and he was handsome. The other man compelled full attention. Maybe forty and fucking beautiful. Wavy, dark hair just past neck length with a fine growth peppering a deeply tanned and chiseled face. Shoulders were broad and he appeared tall even in a sitting position. One brow arched as he took in Mag under his hoodie. When he flipped the covering off, damn if the stranger didn’t lick his lips. His friend smiled and nodded.
Magnum approached the bar and ordered a gin straight up. While waiting, he scrutinized the table once more.
They’re perfect.
“Yes,” Magnum murmured. Securing his drink, he strode to where they sat. “You guys together? Don’t want to intrude.”
“Intrude please. I’m Ladron, you can call me Lad. This is Josh.”
“Thought only those who know you call you Lad.”
No malice in Josh’s voice. Lad eyed the young man sternly and then focused full attention on Magnum. “I have a feeling we’ll get acquainted.”
“I’m Magnum. Call me Mag.” Money wouldn’t coerce these men but Magnum sensed spending some time with him might be agreeable to both. “I’m less than thirty minutes away if you care to have a few more drinks and… Conversation.” He stabbed each man with a look. “One night only.”

His gate squealed as it opened and Magnum made note to have the caretaker oil or perform whatever maintenance required. Staff shouldn’t be aware every time he came and went. Curving around the circular drive, he stopped at the front entrance and Josh parked his pick up behind him. Ladron pulled his car in last. When the men were ready to leave, the gate would open automatically and immediately lock behind them.
Lad reached the landing in front of the door. “Always wondered where a person who drives a car like yours lived.”
“I imagine this house is not much different than the one you park that beast in front of.” Lad drove a new gunmetal gray model of one of the most powerful muscle cars fabricated in Detroit.
“You’re right.” He studied the area closely as they waited for Josh who sat in his truck on the phone. “You have enough security cameras?”
Ladron was taller and more muscular than Magnum initially presumed. Sweet. “Yes. If I didn’t we’d be at Motel No Name.” Curious, he commented, “Ladron is Spanish for thief or robber. How’d you end up with it?”
“This from a man called Magnum.”
Damn, his smile brought to mind sunlight and beaches. He’s interested in me. “My family lineage always had big ideas.”
“Mine is from a way, way back line of pirates who initially settled in New Orleans.”
“Maybe I should have turned into that motel.”
“You’re safe, Magnum. I’ve been domesticated.”

Growl and roar-it's okay to let the beast out. - J. Hali Steele
Posted by J Hali Steele at 7:51 AM No comments:

Whenever Zeb James is around.

UPDATE:
Gage Harrow, leader of my disciples decided to go God knows where. That would normally pose a problem but a noisy employee of his stepped into the breach. Zeb James, an electric individual, and Disciples Descendant 7, wheedled his way to the top of the list and I'm enjoying the quandary he finds himself in with the daughter of another disciple.

My quandary - which cover to use!

Alchemy and chemistry make for a deadly mixture. 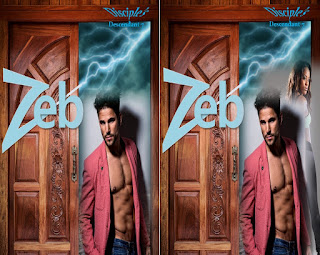 Sleeping with an accomplice’s estranged daughter is not where Zeb James expects to find himself particularly when that colleague happens to be one of the more sinister human descendants of a disciple. Brenda’s wisecracking mouth and constant queries about her ancestry infuriate Zeb at every turn. The fact she has more curves than a Formula One race track, and is just as dangerous to him, does little to stem his growing attraction.

Brenda Nathaniels suspects getting involved with the wacko owner of her newest hangout will spell trouble especially considering he seems close to her father. However, arcs of desire lead to long nights of wickedly hot sex which Brenda intends usng to elicit information about the man who abandoned her and left her wary of all men. Her machinations threaten to expose her when she realizes each night in Zeb’s arms leave her wanting one more night, then another, and another.

Their coming together may well set the world on fire.