I can't stop, or I Won't Stop, fiddling with Movie Maker! I futzed around all day listening to music and picking out pieces I think I might use. A friend did tell me it was addictive! I remember when a few years back I got hooked on making trailers for my books.

I'd forgotten how much I loved it.

However, tapping another part of the creative masterpiece that is my brain has sparked an out of control monster. I want to update videos, make videos, watch videos but, alas, I must write books for all these damn video images that now plague my mind. That's a bi-product of surfing through a multitude of sounds!

Here's what I came up with last week for White Blood and, yes, I Won't Stop is next!

Both books are available at
All Romance Ebooks
Amazon

And the third, Twice the Burn is around the corner - IF I stop making videos!

Growl and roar-it's okay to let the beast out.

People often ask me where my book ideas come from, how do I think up storylines.


Most times I can’t answer them and if I do it’s with, “I don’t know, these things just live in my head.”


Does it get noisy and crowded sometimes?


“Yes, which is why it’s important I pry them out in the form of writing it all down.” I have a WIP folder that if printed would use reams of paper!


That’s usually when they tell me I’m crazy. Oh well. Really, I’m not crazy, at least I don’t think so, though I could be. WTF, now I’m wondering but that’s another story, another medication, another day.


I’ll try and explain. Seeds usually sprout while I listen to music and I am a fanatical enthusiast of New Age, Soundscapes, Relaxation genres. No words, only instruments and their awesome interpretations of various moods. Today I heard a song on my cable’s Music Choice channel by Aeoliah titled ‘Always’ from the CD Divinaura which caused me to run right over to Amazon Prime and listen again. Anyway, I then subscribed to Aeoliah’s YouTube channel. BIG mistake—I’ll surely find more inspiration than I need!

Here’s where I need you to follow me down the winding written road of storytelling to see how things hurdle into my imagination. Doing some promoting today, I took a look at Healing Hell’s cover. The picture includes a long wooden pier jutting over water. The image, along with listening to the song repeatedly, stirred this little piece out of my head:


This time she’d make it.


Having donned a warm, weatherproof jacket, she struck out for the spot she knew held a doorway to her dreams. Feet sank into soft, pink sand as she wound her way toward an outcropping of massive, jagged boulders and after circling countless mystical granite peaks designed to shelter the enchanted place, she sped toward her destination.


She could see it now.


In front of her oranges, yellows, and sun-setting purple streaked the sky over a meticulously built plank walkway with no end in sight. As she drew nearer, storm clouds began to gallivant overhead, fat rain drops pelted her as light disintegrated inviting darkness into its realm.


“I’m here.” His voice beckoned her onto the wide, wooden path stretching between tiny cabins sitting to either side on stilts. Would he, or had he already summoned those who resided there?


One step, then another, and another. She glanced over her shoulder and watched swells of ocean waves erase her lone footprints...


This time she’d make it.


This will now go into the overstuffed WIP folder entitled ‘Wooden Walkway’. Every so often I’ll pull it out and roll it around in my head and who knows, one day it may grow into a full-fledged novella.


The kicker—if you know me, you can be assured I will dig up the devil, one of his kids, maybe two or, perchance, find an angel willing to bounce back and forth from Heaven to earth and sometimes make his way into hell. Also, since we’re on the subject of things in my head, you should be forewarned if you do see it again she’ll surely have at least two men because perhaps the devil will bring a minion, and all I can say is the angel better have a male friend or he can’t come! Should none of these ideas pan out, I’ll bring in a big cat or wolf shifter and they can keep her company. Heck, they might want to play with her together despite their natural aversion to each other, shoot, they could even dally together while she watches. Hmm, a vampire or two! Should none of these ideas appeal to her—


I’ll kill her and put another woman in her shoes.


Get out and enjoy the weather. When you return, read a good book.


Growl and roar-it’s okay to let the beast out. - J. Hali Steele

Posted by J Hali Steele at 9:41 PM No comments:

A Maddening Blip Across My Screen

Withdrawal begins as I wean myself from cable. 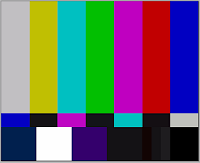 Funny thing is I bitch about there never being anything on. Nothing, nada, zip! I don't believe I've seen a new movie listed for weeks and for what I paid, I could have gone to a movie 2-3 times a week without reaching my monthly bill total. I have a few shows I watched regularly, only one on a premium channel. That's considering if you don't consider GSN, the Game Show Network, and Esquire TV premium channels. My cable company does and, so, there goes Skin Wars and American

Ninja Warrior which I did enjoy. Wait, I can catch ANW on NBC, hmm, I'll need to reacquaint myself with ABC, CBS, NBC, and for the hell of it - my Samsung remote! I'll miss the occasional Turner Classic Movie but I got a monster Bette Davis box set and can now afford a few others I've longed to own. Since Lifetime and Hallmark Channels are also considered premium, I won't have to watch all those weepy Christmas movies either. Yay! I know, I could have turned them off or scrolled on by but it's creepy how they pulled me in and, as if they were train wrecks, I gawked...and gawked...and then gawked some more. (Most of them are reruns too!) lmao

Weather has turned and I should be in my garden or at least raking the remainder of fall leaves. I could paint before those cans sitting at my front door wither away from old age. I could read more, write more, walk once the knee is totally right. So many wonderful things to do if I haul my ass from my seat!

According to the rep, I continue to have a plethora of channels to surf and things to see. Best of all, I still have Music Choice which is where I find myself most of the time listening to Soundscapes or Smooth Jazz because those channels are awesome to use for background noise. I've found really great sounds there by the likes of Jesse Cook, Andre Ward (you gotta hear his Marvin's Medley), and many other talented musicians. Hell, sometimes I find myself tapping feet to oldies but goodies.

As far as Cinemax, HBO, and STARZ go, I'd grown tired of The Knick, never did watch Game of Thrones or get pulled into Outlander. I count myself lucky. I haven't checked but I hope I still have Sundance so I can catch Hap and Leonard, if not, so be it. At last there's the one show I watch on a true premium channel - Ray Donovan and, yippee, they left me with SHOWTIME.

Right now, I'm thinking Club Evolve - wonder what I can get those guys up to in my next short story. And there are so many Dirty Rotten Vampires. Ahh, freedom!

Yeah, I'll be fine... once I pry this remote from my cold, cramped fingers!