A nor’easter brewed outside. The rickety pier groaned under assault from waves 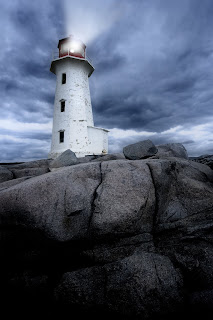 Zel and his friend sat at a table listening attentively to a rumor they’d heard Jordy tattle before.

“Never been so afraid in my life.” Waitress’s eyes widened. “Did they find him?”

Gripping her tray, liquid sloshed as glasses rattled together. “What happened?”

“No one knows.” Barkeep shook his head. “That poor family. So many trials and tribulations in their lives. Especially the daughter, Rappy. She lived with her mom. Heard she possessed outrageously long, golden hair.” Jordy’s voice lowered. “Relegated to a wheelchair, she never came out.”

“Lived? You never saw her?”

“No. No one visited the point.” Jordy heaved a sigh. “Met the mother once. When she came to town. A bit of a raver. Said someone scaled their home, duped Rappy into cutting her golden tresses, and then shimmied down the side disappearing into the night. That’s when she locked the girl inside.”

“Mother hasn’t been seen in a while. Some say she passed and it’s her ghost which runs madly around the tower screeching. Folks who’ve heard say it sounds like a weird variation of her daughter’s name.”

“Maybe mom’s alive and her girl died. It wasn’t a ghost I saw.”

“Perhaps.” Jordy swiped the countertop. “They got new people working the light.” Jordy rearranged some bottles on a shelf. “Couple of young men, I hear. Hope they know what they’re in for living up there. Gets real nasty during a storm like the one brewing outside right now.”

She attempted getting her boss back on topic. “No one ever encountered a child; does this Rappy even exist?”

“Sad.” The waitress walked off to deliver drinks.

“Right?” Zel attempted to lighten the mood. “Jordy’s barely owned this place for a couple months and he knows more than the locals.” Grinning, he added conspiratorially, “Hair growing outrageously is not only a bit much, it sounds supernatural.” Zel, fluttering fingers in the air, whispered, “Woo ooh, woo ooh.”

“Stop, it’s not in the least funny.” The blond sipped beer. “Next thing you know he’ll have dragons circling the ramparts.”

“Every time he tells the story, I actually love the part about long, flowing hair.” Zel’s voice softened. “It reminds me of someone I once knew.”

“Not the bit where a child has been consigned to a wheelchair or a stranger completely vanished. That’s not funny.” He stared into his ale. “A mother locking a child up, it’s, well, they don’t know how horrible that could be.”

Zel grew serious. “I worried about you when you didn’t return after our last semester. I figured things worsened for you.”

“I’m glad I told you about the Alzheimer’s. Finally got medication under control but not before there were whispers and rumors all around town.” He peered at Zel. “That tower is a damn curse.”

“I think the lighthouse is beautiful.” Comment met with stony silence. Zel hunched shoulders. “Wish your cousin didn’t have to leave suddenly.”

Wishing his friend would smile, Zel added, “She was a tremendous help.” Fishing out money to cover their meal and a generous tip for their server, Zel commented, “Waitress does look as if she had the fright of her life last night.”

The men stood, nodded toward Jordy, and left.

On their way home, Zel mumbled, “I’ll walk with your mom later.”

“Watch her closely. She almost caught that girl. Lord knows what she would have done.”

“You need to tell Jordy who you are, Rap. If he knew your mom was stricken with a condition that attacks many, perhaps he’d end spooking folks with his story.”

“How many people do you think leave here believing that tale, Zel? Do they relay it to others?”

“Probably all of them. And I’m sure each embellishes it in their own way. Not much happens around here to get people excited.” They reached the road leading to the point. “I’m sorry she locked you in, babe.”

“I’m glad you came to my rescue when I didn’t return.” Rap stopped, he pulled Zel into his arms and kissed him long and hard. Wind picked up. Frothy waves smashed against rocks flanking the lighthouse. “My cousin will be back next month. It will give us time together.

“Will you think about growing your hair back out for me?”

“I shouldn’t have cut it, it just became too much.” Rap exhaled. “Mom’s forgotten who I am again. I thought she detested me being gay and loving a man yet, strangely, she remembers us and strings our names together whenever she escapes and babbles to townspeople.” He planted another light kiss on Zel’s cheek. “Know what? Jordy can weave his story.” He gazed lovingly at Zel. “If I grow my hair out again, will you use it to climb the ramparts?” Eyes grew as stormy as the sea, “Or will you scale battlements to save me?”

Slits appeared in glowing eyes as waves pounded their feet. Zel whispered, “I am the dragon who will slay for you. Again, and again.” He hugged Rap. “We’re the stuff folktales are made of —

Does the dragon exists? If so, the ending of the story could be very, very different.

Growl and roar-it's okay to let the beast out. - J. Hali Steele